Why We Think Emotions Are Weak–Its A Dangerous Lie

Why We Think Emotions Are Weak–Its A Dangerous Lie

Why We Believe Emotions Are Weak

Why is it that we believe emotions are signs of weakness or vulnerability or irrationality, and the reason is really pretty simply stated up until 20 years ago, before the advent of neuroscience and all the different scanning technologies that allowed scientists to see what was actually going on In the brain, all we had to work with were the observations of people’s behaviors, and it became very obvious thousands and thousands of years ago that when people were emotional, they were not rational. 12 Powerful Benefits of Emotional Awareness

Common Sense Said That Emotions Are Weak Because They Are Destructive

They weren’t able to think clearly. They made bad decisions, they engaged in destructive behaviors. It didn’t, take much wisdom or experience for people to start figuring out that people who were emotional, often times lost control of themselves. And oftentimes loss control themselves in very destructive ways. Over millennia, philosophers and theologians have argued and taught that being emotional is bad because we can’t control our emotions.

Plato talked about this in the Phaedrus, the idea that emotions are really difficult to control. It comes from common experience and practical wisdom that when we’re highly emotional, our prefrontal cortex is turned off and we can’t think clearly. No matter what people want to say about free will, we cannot will ourselves to stop feeling an emotion. 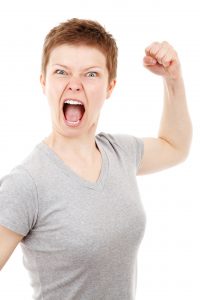 So over thousands of years, people have said that emotions are bad because emotions have always been associated with non-thinking destructive behavior, especially negative emotions.

On the positive side, theologians have argued that passion, lovemaking and orgasm are bad because of course, they have tried to control human sexuality for thousands of years to varying degrees of success.

So even positive emotions have been seen as negative.

As late as the Victorians, there was a strong culture against being emotional. as they taught children to keep a stiff upper lip.

The Rugged Individual Is A Myth

You can’t harvest a crop by yourself. You need a bunch of people to help you harvest a crop. So this idea of rugged individualism, which is again the idea of somebody who can tough through anything and shows no emotions and don’t let them see a sweat is all mythical.

Rugged individualism is not based in history, is not based in science, is not based in anything. That’s why we have this belief structure that emotions are weak, make us vulnerable, or make us exploitable. 4 Essential Verbal Communication Skills For Accomplished Entrepreneurs

A Little Bit Of Truth That Emotions Are Weak

I will say there’s a little bit of truth to the idea that emotions are weak. If you don’t have a way of monitoring and mastering your emotions and you become emotional, you can be exploited in certain circumstances. In the prisons that I’ve work in, my incarcerated students tell me that the worst thing you can do in prison is show weakness. That is, until they learn how to honor their emotions. Then they realize that their emotions are an amazingly powerful tool that they can use to protect themselves.

How Do You Know If You Are Suffering From The Belief Emotions Are Weak?

People who believe emotions are weak suffer from common behaviors and attitudes that hurt them and make their lives miserable.

How to Honor Your Emotions With This 1 Powerful Tool

How To Change The Belief That Emotions Are Weak

The fastest, easiest way to change your belief that emotions are weak is to learn how to honor your emotions. Once you have mastered a few simple skills based on neuroscience, not myths or out-dated psychology, you can literally transform your life and the lives those around you in weeks. We’ve created the Developing Emotional Competency course for just this purpose. If you truly want to make your emotions your hidden genius, check out the course here.

Loved this? Spread the word

De-Escalate: How to Calm an Angry Person in 90 Seconds or Less

And receive deep discounts on Doug's online training when you purchase the book.

Douglas E. Noll, JD, MA left a successful career as a trial lawyer to become a peacemaker. His calling is to serve humanity, and he executes his calling at many levels. He is an award-winning author, speaker, teacher, and trainer. He is a highly experienced mediator. Doug’s work carries him from international work to helping people resolve deep interpersonal and ideological conflicts.

5 Essential Leadership Skills and Traits for the Powerful Leader

How to Stop Suppressing Your Emotions With This 1 Powerful Hack