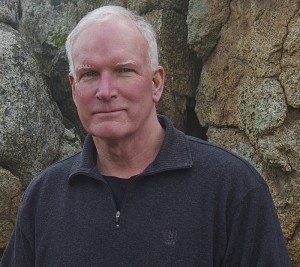 Doug Noll speaks about and teaches people how to solve difficult, intractable, and highly emotional problems. He  was a business and commercial trial lawyer for 22 years before turning to leadership development, problem-solving, and peacemaking. He is a Senior Consultant with Mobius Executive Leadership and maintains a high level mediation and arbitration practice.

For his innovative work, Doug Noll has been voted as one of the Best Lawyers in America since 2005, by US News & World Report and has been recognized since 2006 as a Northern California Super Lawyer. He is listed in the Who’s Who of International Commercial Mediators. He has been honored as Lawyer of the Year in 2014 by Best Lawyers in America. In 2014, Doug was honored as a Purpose Prize Fellow by Encore.org. In 2018, Doug was named the Distinguished Neutral of the Year by The National Academy of Distinguished Neutrals.

Along with his colleague Laurel Kaufer, Doug Noll was named California Attorney of the Year in 2012 for their pro bono Prison of Peace project.

Doug Noll is the author of the book De-Escalate: How to Calm an Angry Person in 90 Seconds or Less (Simon & Schuster, September 2017), which was the winner of the Book Excellence Award for 2017.

In addition, Doug Noll is the author of Elusive Peace: How Modern Diplomatic Strategies Could Better Resolve World Conflicts (Prometheus Books, April 2011), winner of the Institute for Conflict Prevention and Resolution (CPR) International Peace and Justice Book Award for 2011, Sex, Politics & Religion at the Office: The New Competitive Advantage (Auberry Press 2006), with John Boogaert, and Peacemaking: Practicing at the Intersection of Law and Human Conflict (Cascadia 2002) and, numerous articles on peacemaking, restorative justice, conflict resolution and mediation, and is a mediator trainer, lecturer, and continuing education panelist. Doug Noll is an adjunct faculty member of the Pepperdine School of Law Straus Institute for Dispute Resolution and teaches The Psychology of Conflict Communication and Decision Making in Conflict.

Doug Noll makes his home in the foothills above Clovis, California with his wife Aleya.[/vc_column_text][vc_wp_text]

Dealing with Angry Bosses, Colleagues, or Clients? Click Here for the Solution