The Secret Lives of Teens

Doug Noll, Expert in Criminal Violence, has worked with dozens of violent offenders, learning the root causes of conflict, trauma, and violence. He is bringing his knowledge into schools to help prevent school violence.

Fresno, Ca…..Doug Noll, award winning mediator and lawyer, teaches parents and teachers how to de-escalate angry, alienated students. He has been retained by the Fresno State Unified School District to help teachers teach kids how to manage their emotions and feelings, develop empathy, and learn deep listening skills. Noll is bringing this work into schools for the purpose of teaching people how to deal with teens before a violent eruption (http://dougnoll.com/safe-schools-project/). 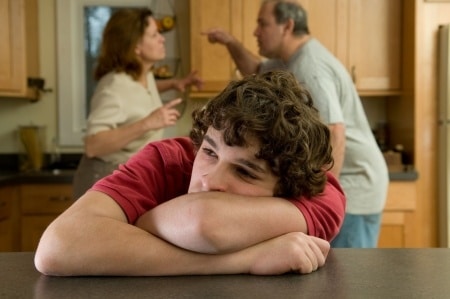 “Depression, rejection, alienation, and isolation were some of the root causes of the violent behavior of prisoners in the Prison of Peace project. These are the same causes of school violence. Our techniques allow the angriest student to be heard at a deep emotional level, which de-escalates the potential for violence. We have learned that violence occurs only because it seems like the only choice available. When an angry teen is listened to at a deep, core, emotional level, the intensity of feelings is rapidly diminished. Violence no longer seems like the only option. The skill of listening this way has to be learned, and so we teach it with the hope that it will save lives as it has in the prisons we have worked in.”

Noll teaches parents the silent and secret lives teens live while maintaining a seemingly normal demeanor. To determine a teen’s discontent before an eruption, Noll outlines the common warning signs. “A divorce, death, or illness in a family can trigger a teen’s confusion and or fear. Common teen social experiences, like a relationship breakup (boys take a breakup harder than girls generally), getting cut from the team, or an argument with a friend can cause teens to react, sometimes with terrible or irreversible consequences,” Noll explains. “There are often signs, sometimes subtle, but in retrospect, findings always lead to clues. It is critical that parents know the difference between normal teen behavior, and behavior that is a precursor for violence.”

Noll and his colleague Laurel Kaufer, are the founders of the award winning project Prison of Peace, which has trained hundreds of male and female violent offenders how to become peacemakers and mediators within their prisons.

Doug Noll is an award winning peacemaker, award winning lawyer, and award winning author of the book Elusive Peace: How Modern Diplomatic Strategies Could Better Resolve World Conflicts (Prometheus, 2011), the winner of the International Peace And Justice Book Award. Doug Noll is a core faculty member of the American Institute of Mediation, a preeminent mediation training institute founded by Lee Jay Berman. Doug won the California Magazine Lawyer of the Year Award for his Project Prison of Peace (http://www.PrisonofPeace.org)Doug conducts a comprehensive course on listening and de-escalating anger at http://www.NegotiateACenteredLife.com. Doug has been awarded the 2014 Encore Fellow Prize for his tireless work teaching and guiding people towards peaceful conflict resolution. For more information contact Diane at info@inspiredmc.com

Douglas E. Noll, JD, MA left a successful career as a trial lawyer to become a peacemaker. His calling is to serve humanity, and he executes his calling at many levels. He is an award-winning author, speaker, teacher, and trainer. He is a highly experienced mediator. Doug’s work carries him from international work to helping people resolve deep interpersonal and ideological conflicts. He sits on many boards, including Mediators Beyond Borders, an international NGO accredited to the United Nations.

View all posts by Doug
Top