Safe Schools Project | Keeping Kids Safe Across The US 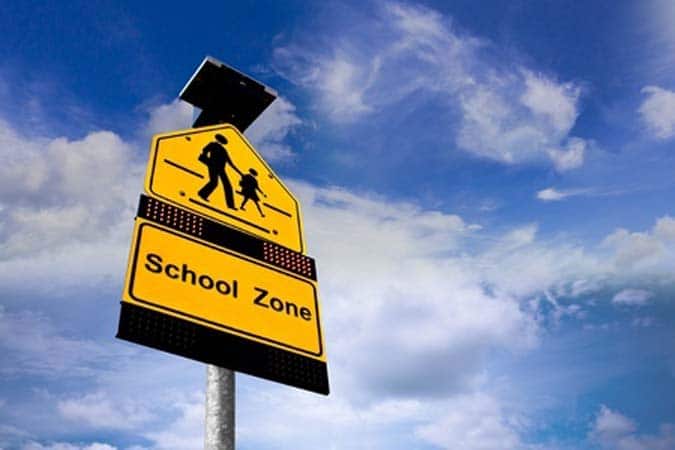 Doug Noll knows that safe schools are possible The Safe Schools Project arises from a deadly fact: Between the Sandy Hook massacre on December 12, 2012 and August 1, 2016, there have been more than 180 school shootings. In every instance of a student shooter, the parents were apparently clueless, had no resources, or had no idea what to do. In response, the National Rifle Association has advocated that teachers become armed. In Missouri, during the summer of 2014, five school districts have sent teachers to be trained in the use of semi-automatic hand gun firing. In August 2016, Texas authorized teachers to carry firearms in classrooms.

Arming teachers with weapons is one response to safe schools. It is not the only response possible and it is fraught with problems, unintended consequences, and extraordinary risks to school districts, teachers, children, and administrators. There are many other responses that will create safe schools, one of which has arisen out of a unique award-winning project: The Prison of Peace Project. In Prison of Peace, violent offenders serving life and long term sentences have been taught to be effective peacemakers and mediators. The skills refined in that project form the core of the Safe Schools Project.

Each of us has the ability to pay attention to those around us. We have the tools to listen, to care, to show compassion to angry kids who seem alienated, to adults who are withdrawn, and to family members who are difficult and angry. Simple skills easily learned can make huge differences in the lives around us.

Here are some  steps that each responsible human being can take to create safe schools:

The tools are available for any teacher, administrator, or parent that cares about their kids. The weapons for safe schools are not guns. They are empathy, compassion, and deep listening skills. Can you de-escalate an angry student completely in 90 seconds or less? If not, you can learn the skills to do so.

In comparison with all of the trainings FUSD provided to all teachers over my past 25 years in the district, I found the extended sessions of this training to be the most valuable and relevant for all stakeholders, hands down. Ironically, we get paid to participate in it!

The training is so relevant and meaningful for all employees (and for all relationships in general), that I would like to recommend that it become a prominent part of our staff development meetings. In addition, it would perhaps be even more awesome to schedule it for all students as a campus wide rally, and in smaller groups such as what the After School Program offers. Many of our student’s parents REALLY need it.

It is so good, I have signed up for the extended sessions, again. Making new ways to more effectively relate with people requires practice and support – even more reason for making the training a regular part of our weekly staff development schedule so that all will be able to participate in it as a unified team.

The Safe Schools Project has been created to make these fundamental skills available to schools across the country. Yes, you can arm teachers with guns. But you can also arm them with tools that actually work to maintain safety and control in school while creating deep empathic connections with even the most alienated, troubled child.

The Safe Schools workshop focuses on the development of three distinct skills:

We are 98% emotional and 2% rational. Unfortunately, the Enlightenment emphasis on logic and rational thinking has created a large set of unintended consequences. All conflict is emotional and most relationship problems are emotional. We explore our personal emotional history, learn a little of the neuroscience of emotional experience, and learn techniques for dealing with our personal strong emotions and the strong emotions of others.

Every human being as a subjective frame of reality that is, from his or her perspective, an objective reality. As part of being human, we have developed a set of heuristic short cuts, called cognitive biases, that serve us well most of the time. However, in conflict, uncertainty, ambiguity, or low information conditions, these biases are deadly. In addition, we form belief structures quickly as a way of understanding and interpreting our environment. Once formed, belief structures can be very rigid. Many conflicts arise from the clash of beliefs. In this module, we explore beliefs and biases as they arise in our brains. We learn to recognize biases and beliefs as they arise. We are able to de-escalate conflicts with techniques designed to work with strong beliefs and biases.

The Safe Schools Project workshop is best received over two days, but can be fit into one full day. Weekly follow-up sessions of approximately two hours are recommended for at least 4 weeks after the initial workshop.

For details on the cost and to obtain a typical workshop agenda, send Doug an inquiry by email.